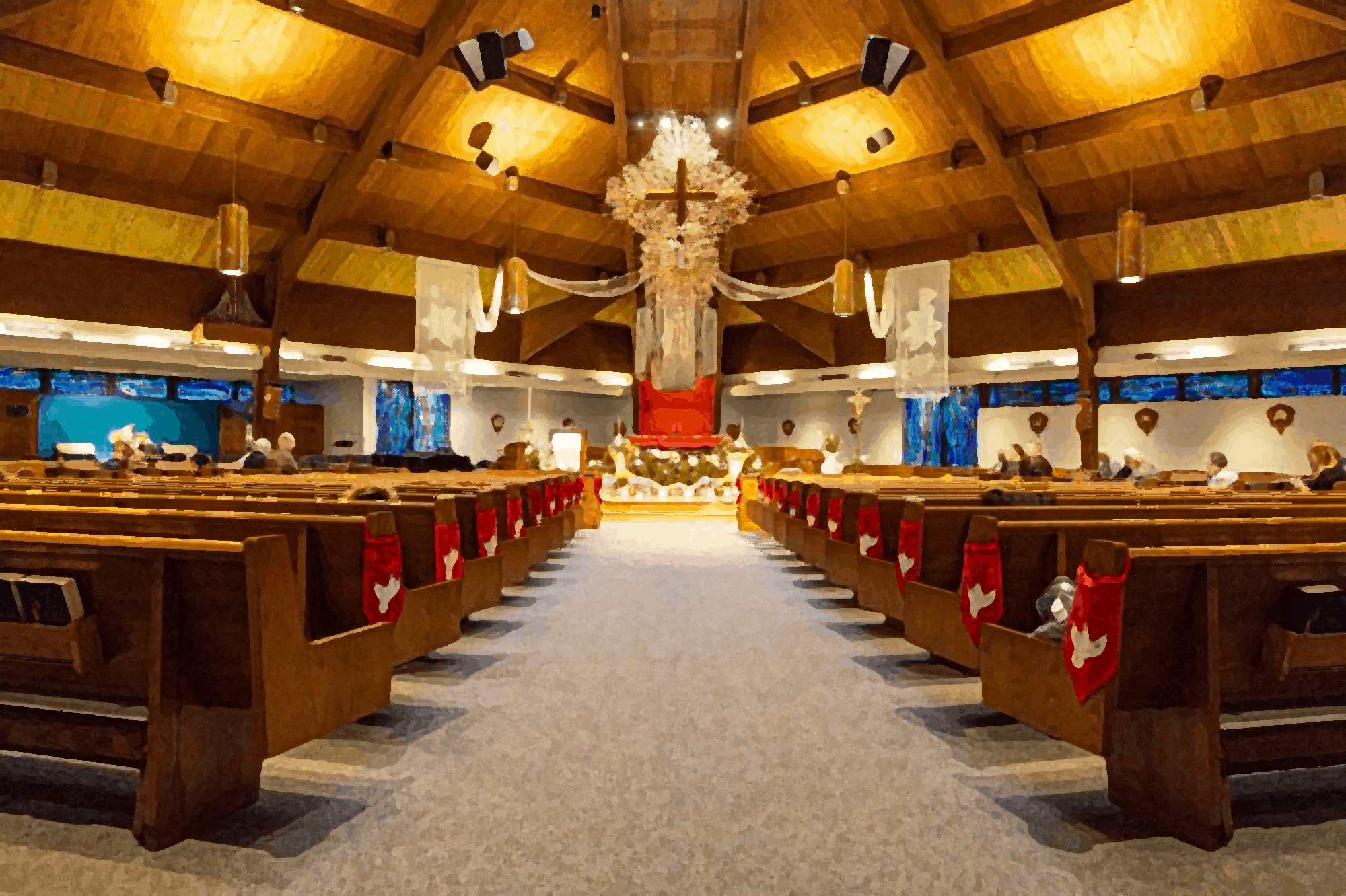 St. Anastasia Parish was established on June 28, 1968 by John F. Dearden, Archbishop of Detroit, who appointed Reverend William B. Davidson as pastor. The faith community began as a mission of Guardian Angel Parish in Clawson and held several liturgies there before getting settled into buildings of their own. A house in Susick Sub-Division (2985 Rhodes Drive in the southeast corner of Troy) was purchased in July of 1968 at a cost of $26,490 with money borrowed from the Archdiocese at 3% annum as a residence for Father Davidson. Daily Mass was held there and the weekend liturgy was held at 9:30 AM and 11:00 AM in the Susick School gymnasium. During the period of developing a new worship community, the Mass schedule was changed several times, and for a short period of time an additional Mass was scheduled at Troy Union School on Square Lake.

As of August 5, 1969, the parish registration numbered “199 families and seven bachelors (eight, if you count the pastor!)”.

There have been three St. Anastasia churches built on two sites to serve the needs of this Catholic Community as it has grown. The original building (8600 square feet, accommodating 400 people) was completed and dedicated on June 22, 1970. It was designed as a multi-purpose building with moveable seating and housed the parish offices, meetings and activities through the week and liturgies on the weekend. Total estimated cost was $304,000 with the firm of Richard J. Happley as architect. The Priest’s residence, built in 1972, had a large gathering/living room which was used for private entertaining as well as parish meetings. Its large basement was used for meetings, classes and baby-sitting during Masses.

On April 30, 1973 the Parish Council approved proceeding with the detailed planning of a new Worship Center on property owned by the Archdiocese of Detroit on Big Beaver Road. One of the original concepts of this Parish when it was founded in 1968 was that instead of one large church facility to serve a couple thousand families, our parish would eventually consist of at least three smaller church facilities each allowing the intimacy that creates community spirit in a small facility, but yet allowing for the business operating efficiencies that can be achieved by a large single organization.

The present St. Anastasia church was built and dedicated on December 7, 1980; the first church building, on the same site, was converted to an Activities Center, housing offices, class rooms, library, and kitchen to accommodate social activities. As the faith community continued to grow, a three-year planning committee was formed to look into the need for additional education/administrative space. Thereafter a wing was added to the present church building; it opened on August 15, 1987. This wing included: The Parish Center, staff offices, a large education class area, social hall, library, food pantry, and storage.

The original church, still an Activities Center with catering kitchen, is used for social events and education classes; this building was named the William B. Davidson Activity Center in June of 1996.

The third building was sold to a Chaldean Catholic Community after the present church was built and after much thought and research into our need to continue to maintain it.

Again when the growth of the faith community outgrew the parish facilities, a committee was formed to investigate the need. Under the leadership of Fr. Ken Kaucheck, an additional building was planned. The result was the present Pastoral Center which includes a “multi-purpose” room, 14 classroom/meeting rooms, and several staff offices, along with a new rectory. This building project was completed and dedicated in October of 2003.

Under the guidance of Fr. John Riccardo, a Divine Mercy Chapel was added to the south side of the church in 2006.

St. Anastasia enjoys the unique distinction of having a special commemoration in the second Mass on Christmas Day. Prior to the selection of December 25th as a day to honor the birth of Christ, this Mass was celebrated in observance of the probable day of her death in 304 A.D.

Her story tells us she was a Roman nobleman’s daughter who married a pagan, and was later widowed. She then ministered to the Christians in Sirmium (modern Slovenia) who suffered under Emperor Diocletian’s persecutions. She was arrested and moved to the island of Palmaria where she was executed – either by burning or beheading. In the Sirmium church, her memory was kept sacred. Her body was buried locally and later transferred to Constantinople, where she was interred in a church known as Anastasis (Greek for ‘Resurrection of Christ’).

Sometime during the fifth century, St. Anastasia became highly venerated at Constantinople, which in turn caused an increase in devotion to her at another church called Anastasis in Rome; she soon became the titular saint of this Roman basilica.

St. Anastasia was inserted into the Roman Canon of the Mass toward the end of the fifth century, which reveals to us her esteemed position even among the other saints publicly venerated in Rome in those days.